Solo or Social? Should You Run Alone or Find a Pack?

Running is largely a solo sport, and most people that start running tend to start running on their own. Whether you’re trying to improve our fitness, lose some weight or perhaps run a certain distance to raise money for charity the start of your running journey is often solo. As you spend more time in the sport, there’s a good chance you’ll become aware of local running clubs and be considering whether or not to join one. Here are my thoughts on the pros and cons of running on your own and running as part of a club.

Running on your own – the pro’s

One of the best reasons to run on your own is that you get to control your own timetable. You can run whenever you want and there’s no waiting around for others.

As well as picking the time you run, solo running also lets you pick the route you run. Which means you can choose your favorite areas or trails to do your runs.

Lots of solo runners find the time on their own peaceful and relaxing. You can listen to nature and clear your head or perhaps put on your favorite music and get into your zone.

Running on your own – the cons

Running is a repetitive task. As human beings, we tend to get bored of doing the same thing over and over again. Especially if we have to do it on our own.

Linked to the issue of boredom, it can become really tough to motivate yourself to get out the house and run. This is even worse on days where you’re tired and the weather is horrible!

One big issue of solo running is that if you get lost or injured you’ve got no-one to offer you help or assistance. Ever tried jogging 5 miles back home on a sprained ankle?

Running as part of a club – The Pros

Most of the pro’s of running in a club are that it counters the negatives of running solo.

Having a group of friends that you meet each week can make you much more motivated to train. Even on days when you’re tired and the weather is horrible you know you’ve got a team of people waiting to see you.

With other runners around you there’s plenty of assistance should you have any issues or injuries.

Being around faster and runners with bigger experience can make a huge difference to your own achievements. You’ll most likely push yourself further and you’ll probably learn a huge amount from their experiences and wisdom.

Running as part of a club – The Cons

As you might expect, the cons of team based running are pretty much that it removes some of the pro’s of solo running.

Since clubs tend to have runs and training sessions scheduled at specific times you have to be available at these times in order to run with the team.

Although you might get some input on running route, you won’t have anything like the same level of control that you would have a running solo.

Since club running sessions tend to cater to various types of runners, you may find those individual training sessions aren’t best suited to your individual goals as a runner. (Although to be fair with a little knowledge of running training you might be able to tweak some group sessions to better suit your own goals)

So which do I choose?

It’s a tough question, and as you can see there are definitely pros and cons involved in both options. I think it largely comes down to being honest about who you are as a person. (Notice how I didn’t necessarily say what you want to do, because sometimes what you want to do isn’t what you need to do!)

Personally, I think solo running is for you if… 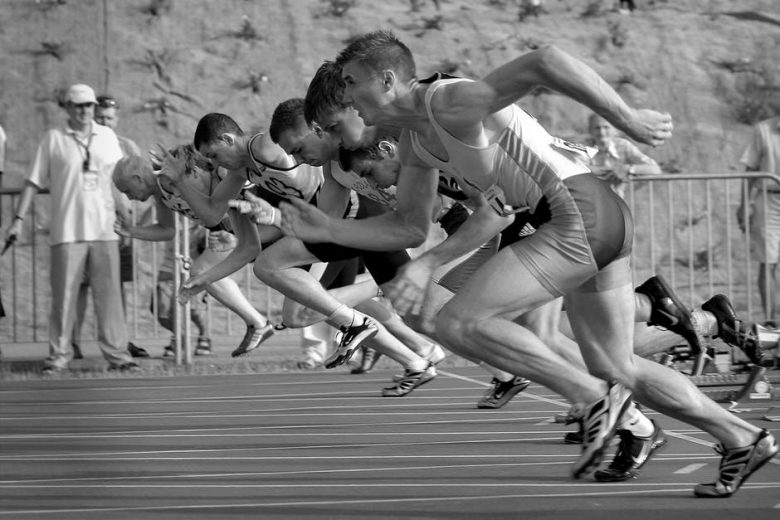 On the other hand, I think Group based running is for you if…

A lot of us like to think we fall into the first group, but the reality is that the majority of us fall into the second. We often need motivation and the support of a team. We also need the opportunity to learn from others and to gain knowledge of running and how to train to be better at it. Be completely honest with yourself and decide which group you truly fall into.

With that said, it doesn’t have to be one or the other

Some runners choose to combine some group based running with some solo runs. That way you get the best of both worlds. For some runs, you get the freedom to choose your time, route and exact style of training, but for those dark, cold nights when you’re tired you’ve got a team who is supporting you.

What’s more, there’s absolutely nothing wrong with being part of a club for a few months, learning the ropes and then heading out to run on your own once you’ve gained a bit of experience.

Similarly, even elite level runners need teams and groups from time to time. Having people to push and challenge you can make a massive difference to your performance.

That’s it, my list of pros and cons for solo and group based running as well as my thoughts on how to choose the best type for you. Hopefully, I’ve helped you make a decision about your own running.

Any other pros and cons you think I should mention? Let me know in the comments section.

Wannabe in good shape software engineer, who doesn’t take life too seriously, you can call me Mikey. Sometimes I’m in shape, sometimes I’m not… Here I share my workout struggles, triumphs and ideas with breathtaking people.

29 thoughts on “Solo or Social? Should You Run Alone or Find a Pack?”